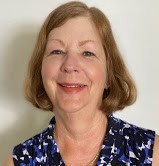 The cultural arts award is given to a person who has made an impact in the arts in the Birmingham Bloomfield Community. A jury of community arts enthusiasts selected Kerry Mills of Birmingham, citing her as ‘the heart of the Birmingham Concert Band’ for her indefatigable efforts as booking agent, recruiter, advertising manager, general manager, president, historian, and fundraiser for young musicians, while also playing clarinet in the band for over 40 years.

Aside from her Academy Award and several Emmys as well as over 80 documentaries, the jury was impressed by Sue Marx, of Birmingham as many of her documentaries, some of them pro bono, tell the story of our region, such as of the Detroit Zoo, Children’s Hospital, the DIA, a Cranbrook series, The Purple Rose Theater, the People Mover, the Detroit Boxing Gym, and most impressively the Math Corps, a collaboration with Wayne State University to assist underserved youth to learn math that has been shown all over the country. 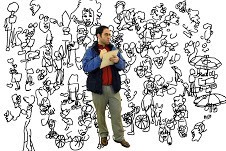 The jury felt very strongly that Jason Polan, who grew up in Franklin and who passed away this year at the age of 37, deserved to be recognized for the incredible mark he had in Michigan where he left murals in Ann Arbor and mentored local artists from Birmingham to those in the Detroit art scene, and also for his national and international impact on the arts, with collaborations with Uniqlo. Warby Parker, Marvel Comics and Nike, his illustrations in children’s and adult books, his efforts and ultimately a book to draw Every Person in New York, and his daily cartoons in the New York Times, as he ‘drew to help the world see.” 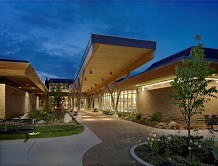 The Cultural Council’s ‘Partners with the Arts Award’ honors a non-profit, business or organization that gives extraordinary support to the arts in the Birmingham Bloomfield community. Unlike the other Cultural Arts Awards which are selected by jury, it is the board of the Birmingham Bloomfield Cultural Council that bestows this annual award.
Bloomfield Township Public Library was selected for ‘giving all arts a voice’, noting its art collaborations with area schools and agencies, its selections of art that can be found throughout the building which have led some to call the library an art museum, and to its offerings and collaborations with musicians of all genres, from jazz groups to chamber musicians from the University of Michigan, making the BTPL function as a community center for the arts. (Photo by Balthazar Korab)

Due to the pandemic, the awards reception will be taped by Bloomfield Cablevision and be available on the Cultural Council’s website and Facebook page after the honors ceremony, slated to be taped at the Birmingham Bloomfield Art Center on October 2, 2020.